How To
/
Uncategorized
/
Cooking Up a Storm: Liquid Nitrogen In The Kitchen

As technology constantly evolves, so does the art of cookery. Cooking with liquid nitrogen has started to become more commonplace now.

Many restaurants have dishes employing this exotic method of preparation. 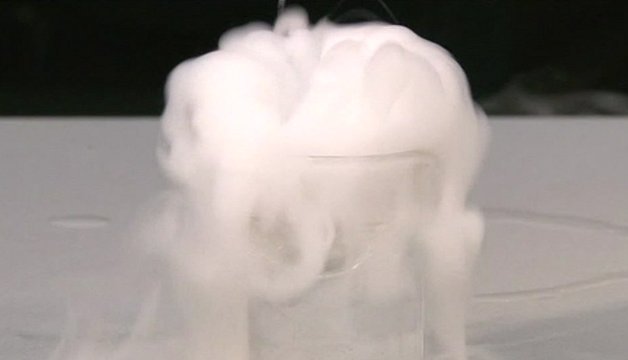 What Is Liquid Nitrogen?

If we consider the air that we breathe, it’s made up of 78% nitrogen, 21% oxygen with 1% accounted for with assorted other gases. In order for liquid nitrogen to be produced, the surrounding air is liquified. Distillation is used to separate the nitrogen.

Nitrogen has a boiling point of -195.8 degrees so this colorless and clear liquid is brutally cold!

Why Is Liquid Nitrogen Used In The Kitchen? 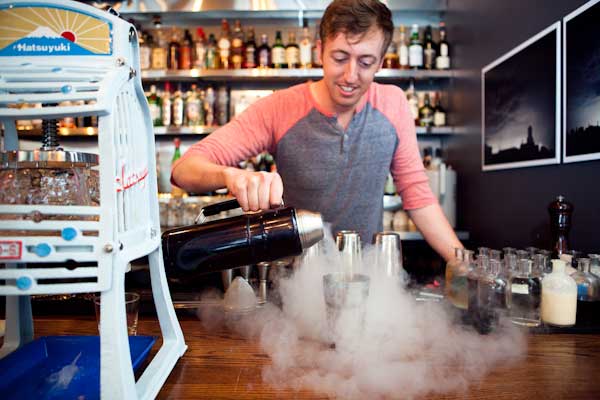 As outlined, liquid nitrogen is remarkably cold. Unsurprisingly, then, it’s used to freeze certain foods. The USP of this novel form of freezing is not the speed at which is freezes things but how it freezes them…

If you put food into a regular freezer, relatively large ice crystals are formed. This impacts upon the quality of the product. Liquid nitrogen, by contrast, gives off minuscule ice crystals. These crystals give an exceptionally creamy texture to frozen foods.

Gourmet ice creams are the natural way in which liquid nitrogen is embraced in some pioneering kitchens. The consistency of velvet outflanks that provided by ice cream machines by some distance.

Check here for a recipe from the celebrated Michel starred chef Heston Blumenthal. He has been responsible for bringing this innovative use of liquid nitrogen into people’s homes through using it on TV. At his restaurant in the UK, the Fat Duck, the menu is filled with bleeding-edge dishes. It’s a marvelously experimental take on cuisine. 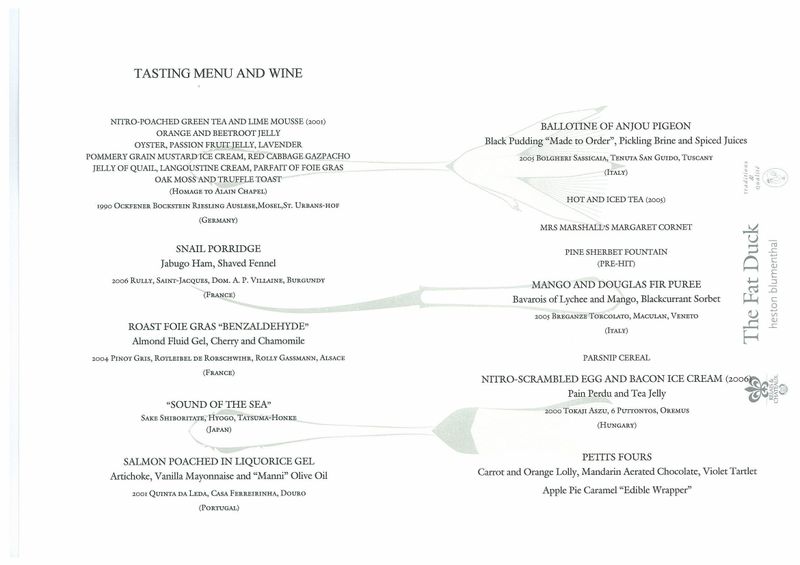 In addition to ice cream, liquid nitrogen can also be pressed into action to freeze other ingredients. With herbs, citrus, berries and honey, the substance renders these so brittle and cold that they can be snapped up into tiny pieces. At certain fashionable eateries, these are then crushed into a fine powder.

As an example, think about a small and soft fruit like a raspberry. If you tried to break apart a raspberry you had frozen by conventional means, it would simply not work. It would thaw then split into a pulp. If you used liquid nitrogen, though, you could easily make up a nice raspberry powder.

Using this in the kitchen may seem like showboating but it actually has practical uses.

How About Homemade Caviar?

Everyone knows that caviar is an expensive delicacy so how about treating yourself to a 21st century version of these fish eggs at home?

Take a tip from some gourmet chefs…

They drop various flavor-packed liquids into a bath of liquid nitrogen. The extreme cold causes these liquids to freeze almost immediately. They form into tiny little beads. While the taste may be wildly different, the texture looks almost identical to caviar!

The freezing point of alcohol is actually lower than that of your freezer. Many people pop a bottle of tequila in the freezer and this fact explains why it remains liquid rather than forming into ice.

Step in liquid nitrogen to perform the task that your freezer cannot!

Whether you are looking for extraordinarily chilled cocktails or alcoholic ice cubes, give it a try to lend a novel twist to your drinks.

Many upscale restaurants use this trick to freeze solutions which are alcohol-based then placing them into the center of desserts for an otherwise unobtainable kick.

How Does It All Work? 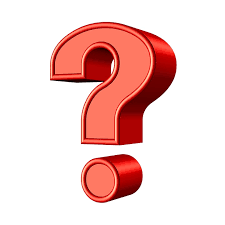 It’s a very strange concept to consider dunking your food into liquid nitrogen and then eating it but it’s gaining currency in the contemporary kitchen.

Once the liquid nitrogen has done its cooling job, it evaporates very rapidly. All that will remain is your frozen food. It has certainly had its structure altered but is not tainted in any way.

Liquid nitrogen will always naturally rise to the top. This means that food must be added to it rather than the other way round. If it was added to food then only the top would freeze.

It’s certainly not a good idea to leave canisters of liquid nitrogen laying around casually.

Special equipment should be used when it’s being handled. Gloves resistant to such low temperatures and special eyewear are essential.

Certain canisters have been fashioned to make the process safer but certainly exercise extreme caution if you intend to work with liquid nitrogen at home.

If a little touches your skin it will not cause any damage. Due to the thermal shock of making contact with skin, the liquid nitrogen will revert to a gas. It will freeze clothes though and should never get near your eyes.

In terms of safety, the key flashpoint is ventilation. If it’s kept in a completely sealed container it can be very dangerous. The pressure will continue to rise causing an explosion. The gas is actually 700 times the size of the liquid form. This can lead to you suffocating yourself if liquid nitrogen is used with improper ventilation.

Remember, too, that when thawing out foods frozen with liquid nitrogen, it’s essential to allow it to return to the proper temperature for consumption. Take your time and take care!

Using this at home is generally best avoided.

Many things in life are best experienced as an infrequent treat. Save liquid nitrogen for those special occasions when you visit a trendy restaurant which offers it up.

Check out some creative recipes here and give liquid nitrogen a shot next time you see it on the menu!