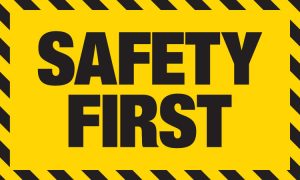 Most of us have a microwave in our home today and there is regular talk concerning just how safe it is to use them.

People ask if microwaves emit radiation, cause cancer or strip food of its nutrients and here we will separate the truth from the myths.

Essentially, we need to examine the scientific evidence rather than merely considering opinion to get a balanced and accurate answer but microwaves are safe to use.

Before studies are published in scientific journals they need to be peer-reviewed. This means that other scientists need to agree with the findings. There has not been a single meaningful instance of harmful accusations against the microwave being backed up in these journals. There is, though, a great deal of evidence which refutes these claims.

Before looking at 4 of the most common fears about microwaves, we will look briefly at how these machines work which will help us to better understand them.

How Do Microwaves Work? 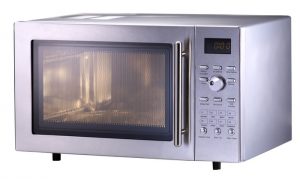 A microwave cooks by dielectric cooking. This is when radiation is used to heat the food’s polarized molecules. When these molecules move back and forwards, friction is caused. This friction creates the heat which cooks food.

Because of the fairly uniform nature of this method, the food is usually cooked more evenly and thoroughly than with other cooking approaches. The exception is particularly dense foods which can require more effort.

Most domestic microwaves are power rated between 600 watts and 1500 watts. Greater wattage leads to more heat. The less the power, the more time is needed for cooking. The standard domestic unit kicks out a frequency of 2.45 GHz.

Some Common Concerns About Microwaves

1) Do Microwaves Cause Radiation? 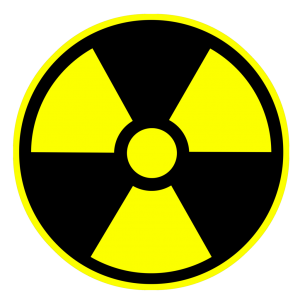 The USFDA does not consider this a problem because the levels of radiation are substantially less than the levels which are known to cause harm to people.

It should also be noted that as you step further from any radiation source, these levels drop quite dramatically. A difference of measuring microwave energy from 2 inches or 20 inches can result in a result 100 times lower. Most of us do not spend time with our noses pressed permanently against the microwave!

Some leakage of radiation is inevitable, particularly as the microwave gets older. Use a handy testing device which can show you if there is any issue with this. Maintain your microwave well. And remember…

Even if there is some radiation, it is at far lower levels than the general public exposure limit. This study conducted in Saudi Arabia adds some weight to this claim.

Ashim Datta (Cornell University) states that there have been no conclusive ill effects upon health proven in over fifty years of microwave usage.

2) Is Microwaving In Plastic Safe? 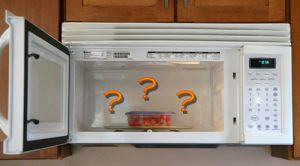 Frequently, people say that if you microwave food in plastic, toxic chemicals can leak out. These chemicals are known as dioxins or pthalates.

The FDA recognizes that when plasticizers migrate in this fashion, the results can be harmful. This is why they strictly regulate all plastic containers which may come into contact with food. Rigorous testing is carried out to ensure that no unsafe levels of plastic can seep out. Manufacturers also conduct testing of their own.

For a more detailed look at the safety of plastics, look here.

The bottom line, though, is that (much like with radiation) although some plastic can be dangerous, anything designated Microwave Safe is just that. Safe. It will not melt, warp or leak toxins into your food.

Stick with these tips and don’t worry about plastic in the microwave causing you problems.

In 1975, there was a famous study in which it showed that broccoli and carrot seemed to change in shape and texture when cooked in the microwave but those cooked using conventional means did not.

Like many pieces of received wisdom, a single piece of evidence taken out of context can cause people to keep making the same claims.

If we look, by contrast, at this study we can see that the calcium, phosphorus and iron content of spinach and leafy greens in general is not different whether cooked by microwave, conventional boiling methods or with a pressure cooker.

Another 2005 study made it clear again that there was no difference at all to the antioxidants or phenolics in a range of vegetables, from leeks through to peas, however they were cooked.

In short, perhaps it’s cooking in water which is a problem rather than cooking in a microwave. The Journal of the Science of Food and Agriculture highlighted this issue in 2003. The study showed that broccoli cooked in water in a microwave lost almost all of its antioxidants, up to 97%. Take away the water, though, and practically all the nutrients remained intact.

Also, if we consider just how quickly microwaves cook food, it could be suggested that they actually retain minerals and vitamins better than if they were cooked by more conventional means on a stove top.

4) Can Microwaves Cause Cancer and Other Serious Diseases?

Whether it’s cancer or killing sperm, damage to the central nervous system or to the immune system, lots of fingers are pointed towards the microwave.

The confusion lies, once again, in the levels of radiation needed to bring about problems in these areas.

Being accidentally exposed to extremely elevated levels of microwave energy can cause medical complications of different varieties. These levels, though, would need to be far higher than the limit of 5mW which can leak from microwaves.

This review stated that there was very little evidence indeed to suggest that any serious health effects could be blamed on the microwave.

Quite simply, there is no solid evidence at all to suggest that microwaves can cause cancer.

Take sensible precautions, do not stand too close and remember too…

Microwaves emit non-ionizing radiation. This comes in the forms of waves and is not the kind of radiation that most people associate with health issues.

We can see from the above that most of the claims leveled at the safety of microwave ovens are not backed up with scientific fact. There is, on the other hand, plenty of evidence to show that they are perfectly safe to use.

With 90% of American homes having the ubiquitous microwave oven this is great news!

If you are stuck for ideas of what to cook in the microwave then check out some recipes and enjoy them with confidence that you are not harming your health!